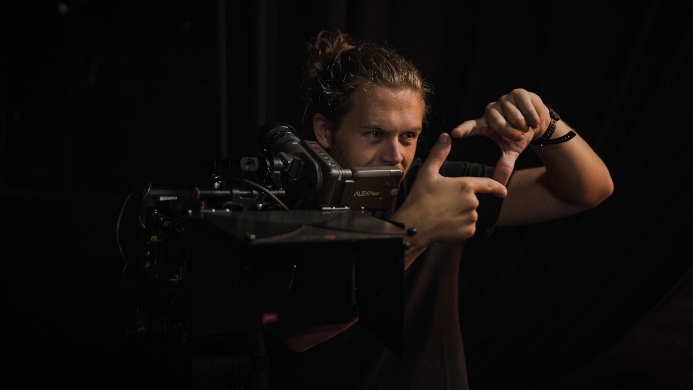 How Do I Become A Film Actor or Filmmaker?
What do I think is the best way to get involved in film or film acting? Just be IN it. No matter what department. How badly do you want it? Seriously, what are you willing to do to become a film actor or filmmaker? I get this question a lot: how do I become a film actor? My answer is usually not what they want to hear… You’re going to have to be willing to do a lot of hard work, even work that’s not in the department you’d like to be.
A quick and inspiring story: There was this guy who studied at the same University as I did. Interesting and amazing person, crazy talented but one strange cat! I never really knew exactly what line of work within theatre or film he wanted to pursue, he felt like an all-rounder but kind of being everywhere all at once. He’s projects stood out because they were different, not necessarily always great (how do we even start to try and judge art anyway??) but his projects was always unique to himself.
After finishing at University I did not see him for a few years. Then one day I saw him on the set of a TV series I played a role in. Listen, if you know this guy, there probably are a few people that are willing to work as hard as this guy. I saw him carrying a small tree across the road to where the set was. We greeted each other and he carried on with his tree carrying vibe. A few hours later when I got to set we had a chat. He was working in the Art Department – they do all the dressing and props you see on any film set and probably is one of the departments who works the hardest. Strange… I thought he wanted to be an actor or director but okay.
Literally a few months later I saw him at Silwerskerm Film Festival where he entered a short film. That year… he won best short film and best directing. He wanted to be a director but he was willing to do any work, just to be on set, learning as much as he can in any department that would have him. He worked his way up to even becoming the HOD (head of department) of Art on a recent film we did together. I was so inspired by him. He was willing, and still is, to do work that maybe does not align with his ideal role within the film industry but he’s working his way up.
Tool: do whatever they allow you to do on a film set. Just get onto one. Email production companies and ask if you can job shadow or help with admin or run errands or help carry heavy stuff or just help anywhere they need help. Also, be willing to do it for free for the first few times or for a minimum salary. The experience you’ll get will be much more worth than money at this stage of your career, also you’ll be way ahead of your peers.
You’ll learn and grow much faster than the other actor friend who sits at home waiting for an audition, binging Netflix or out drinking and getting wasted. Just be IN and AROUND it. When you reach out and show your willingness, your drive and passion to do whatever it takes, people will see that, they’ll give someone like that opportunities much rather than someone binging Netflix at home. DM, email, WhatsApp, call, send a freakin mail pigeon if you have to (could be that extra little edge, just saying ;) but get yourself in and around filmmaking and film sets. You’ll build contacts, make friends and create opportunities for doors to open and before you know it, some girl who studied with you is writing a blog post about how you inspired her to do whatever it takes to make your dream career become a reality.
“You have to understand your best. Your best isn’t Barrymore’s best or Olivier’s best or my best, but your own. Every person has his norm. And in that norm every person is a star. Olivier could stand on his head and still not be you. Only you can be you. What a privilege! Nobody can reach what you can if you do it. So do it. We need your best, your voice, your body. We don’t need for you to imitate anybody, because that would be second best. And second best is no better than your worst”. - Stella Adler
How did you find the technique/tool? Did it work for you? What was different this time? Share with the tribe and let’s keep on creating beautiful, honest and memorable performances. Let’s execute our best selves!
Kind regards,
Edwin and NovieGuide