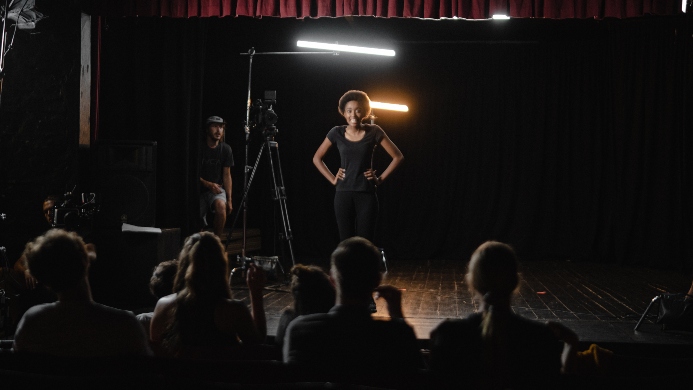 Physicality: Why My Character Moves That Way
I have had these thoughts over and over. “How will my character walk, or tie his shoes or be when he’s drunk; how will he move when he’s a drug addict or boxer or when he has a sore leg…?”
I will sit at home going through these thoughts and never really getting an answer unless I just DO SOMETHING. When I overthink something, which I tend to do, I have found I should just get up and physically DO something.
Let’s be honest, it’s difficult to answer these questions in our head when we sit with the script in front of us. How do we execute these words and descriptions? I used to go through a rabbit hole of just overthinking to the point where it really just leads me to frustration and no solution; back to me doing any action just like myself or like a weirdo trying really hard to do a physical movement to make it look like someone else doing it.
Then I discovered a question that changed the way I look at actions or physicality; especially when it’s stage directions within a script. A while ago, I had to play a character in a film which was a heroin drug addict. The film is about a dysfunctional family that is being forced to face each other’s faults, differences, hate, regrets and love for each other during their beach holiday.
My character escapes rehab and makes his way to the beach house where the family will all get together for Christmas. They are unaware of my character being in rehab and battling with drug addiction. The father was never present during his life and his parents are divorced, but now his father has decided to join this holiday. This creates vulnerable scars to be scratched open.
From the beginning, my character literally scratches his arm. It’s an old heroin needle mark. But I felt the scratching became mechanical, no offence to the writer, it was all just me wanting to incorporate the scratching into my performance in a much more truthful and honest way.
Which is my job, right? So, after battling with the mechanical scratching stage directions, I did a lot of research and found a lot of clips on youtube of people sharing their journey with addiction. I found a pattern. The question wasn’t HOW they scratched themselves, HOW they injected themselves or HOW they physically moved, but WHY.
Tool: Keep on asking WHY until you find the root and a deep belief. When we have a WHY which forms a deep belief we can say something with honesty and urgency, we can be specific. So, I picked up a pattern: Most of these addicts; the biggest challenge wasn’t that they were addicts but WHY they became addicts. So, I asked why my character ended up where he was. The answer became clear: rejection.
Rejection from the one person he wanted validation from, his father. So, I started using my character’s emotional life to fuel his physical life. Rather than waiting for my cue written in the stage directions within the script as to when to scratch myself, I found and marked moments where my character felt rejection; with his mom, his sister, his grandfather, his father and even strangers. That was why he started using in the first place. So, now I had an emotional trigger which reminded him to use or inject, which made him aware of the needle mark, which triggered my scratching within a scene. Use the word WHY, link it to your character’s emotional life and see which physical movements develop.
This helped me discover a much deeper and grounded way to approach these scenes. I had to physically do something which I felt could become mechanical if I do not find a deep belief for myself, as the actor, as to WHY my character will do the thing the stage direction requires him to do.
Find emotional triggers which can fuel your character’s physicality. “I love to sit and watch people. I love to sit and listen to people.” - Daniel Day-Lewis
How did you find the technique/tool/advice? Did it work for you? What was different this time? Share with the tribe and let’s keep on creating beautiful, honest and memorable performances. Let’s execute our best selves!
Kind regards
Edwin van der Walt