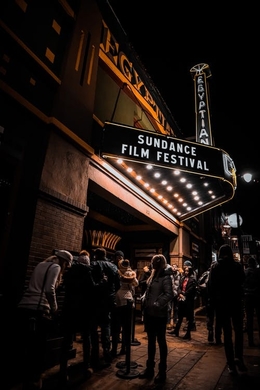 Auditions: Practical Tool to Incorporate Variation in Performance
A film always has a beginning, middle and end. You follow a protagonist through her journey from getting out of her comfort-zone to gets what she wants, being impeded from getting it and trying ways that seem to fail over and over until… she discovers at her lowest point, what she had to do all along. She does that and doesn’t find what she wants but what she NEEDS. Her world changes as she enters back into her everyday life. The End.
Ok, Edwin, thank you for stating the obvious – how does this help my audition skills?
Every well-written scene within a film also has the same structure; beginning, middle and an end. But what I have seen great actors do in auditions or any scene they perform, is they incorporate this structure within their performance. Jip, they use something so “structured” and “academic” and “boring” to create variation in their scenes.
As actors, we tend to identify a “mood” or “feeling” when we read a scene. Oh, this is such a “sad” scene all the way through… or, “this scene is one big anger-explosion…” Then, we feel smart and play that mood all the way through, from the beginning to the end. Because that’s what the scene needs, right? Of course, we can’t change the writers’ intentions, we need to serve him.
But now, you can serve the writer even more by adding creativity and “real-life” to the scene.
The Tool: Identify what the scene is about: What feeling or emotions is involved for the most part. Then, just like the Bottom-Line technique – you identify how the characters and audience should feel by the end of this scene. Now, don’t let them know they will be feeling this. Life doesn’t work like that, life is full of variation within seconds. If the scene starts in a negative and “sad” mood, then try (and this can become challenging to find ways to incorporate it) to add a “lightness” at the beginning of the scene. Make then a choice where your character’s feeling starts to change after she’s triggered, fight against the “sadness” and then CLIMAX… (I wrote this in capital letters for dramatic effect, but sometimes it’s a very subtle climax)… “sadness” hits your character and the audience.
You’ve taken them on a journey and gave them variation, like in our everyday life. You’ve made the scene interesting.
In auditions, we tend to choose a mood and play that mood all the way through. Change it up. Find the film within the scene. Beginning, middle then end. Take your casting director and audience on an interesting journey, not on a math class teaching – even if you’re good at it, you know Math’s is boring ;)
I have since tried and incorporated this variation tool in my scenes and it has worked wonders. You find multi-layers within performance and you keep it honest and interesting.
“Wanting to be a good actor is not good enough. You must want to be a great actor. You just have to have that.”
Gary Oldman
How did you find the technique/tool/advice? Did it work for you? What was different this time? Share with the tribe and let’s keep on creating beautiful, honest and memorable performances. Let’s execute our best selves!
Kind Regards
Edwin van der Walt